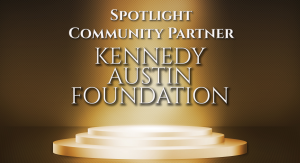 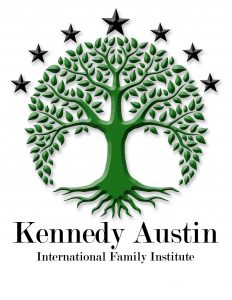 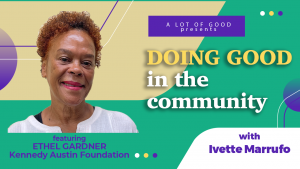 The Kennedy Austin Foundation was founded by Ethel Gardner in March 1998 and it was born of tragedy: On May 31, 1992, Ethel’s 17-year-old son, Damon Jermaine Jones, died from injuries received in a car accident. He was on life support for seven days. Ethel’s world was rocked with grief and pain.

The foundation’s name was inspired by the birth of Ethel’s first granddaughter, Kennedy Austin, whom she thought she would never see, and who brought life and healing to Ethel’s broken heart.

Every month each Community Partner receives $250 in gift cards to the A Lot of Good Thrift store to be distributed to the families they support. As a Spotlight Partner of the Month, all cash donations received at the checkout register of A Lot of Good Thrift will be given to the organization. Additionally, there will be a $HOPPING 4 GOOD DAY fundraiser held at A Lot of Good Thrift Store on August 28, 2021 to benefit Kennedy Austin Foundation. Contact them at 909 620-0912 for details!

Ivette Marrufo, guest host of Doing Good In The Community, spoke with Ethel Gardner about the Kennedy Austin Foundation. Click here to see the video.